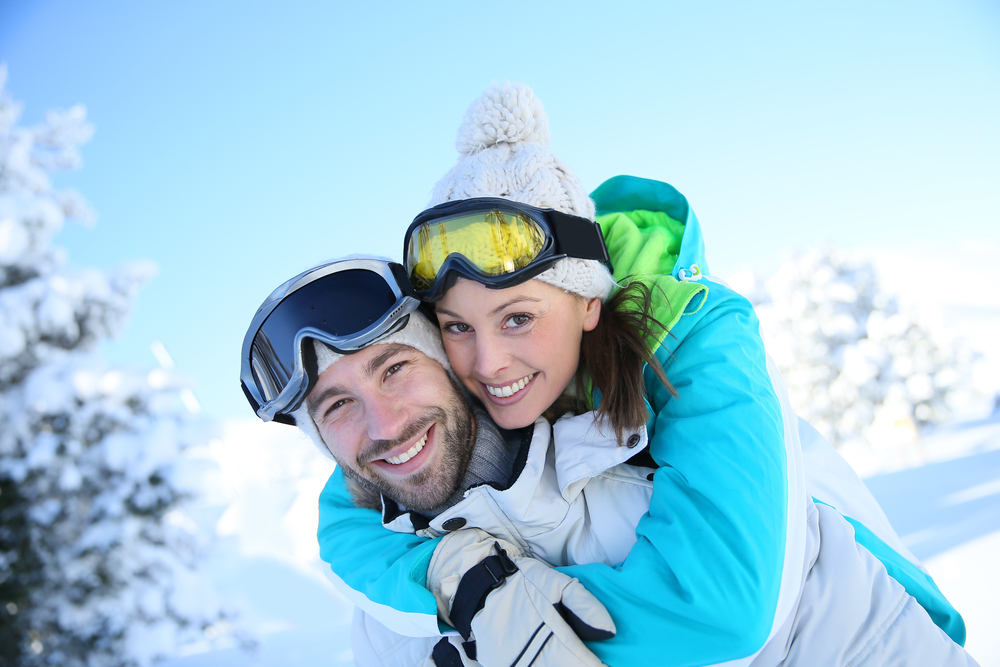 With Thanksgiving and autumn’s peak officially in the rearview mirror, we gleefully turn our attention to the upcoming winter season here at Tallpine Lodges. Many North Americans are likely dreading winter’s rapidly-approaching arrival, but the majority of us sincerely appreciate the serene beauty of this frosty, festive, and cozy season. Whether you practice a hygge lifestyle or just love dashing through a winter wonderland with your sweetheart, there’s no better mid-winter respite than Whiteshell Provincial Park. Couples typically escape to peaceful West Hawk Lake’s Tallpine Lodges to bask in the secluded, wintry ambiance, cuddle close in a soothing Jacuzzi tub, and, of course, hit the slopes. Skiing in Manitoba isn’t quite as popular as snowmobiling, snowshoeing, or even cross-country skiing. Still, a day spent at nearby Falcon Ridge Ski Slopes should be atop your winter itinerary.

First and foremost, let’s set the scene for those who plan on skiing in Manitoba before or after the holiday season. The region’s open, wind-swept fields, rolling hills, and friendly, eye-catching wildlife genuinely take our breath away seemingly every day. There are a handful of ski resorts near Winnipeg that garner a lot of attention from skiers and snowboarders once the powder begins to accumulate in late November or early December. But don’t forget about the serenity of this quiet land and the adventurous allure of a romantic skiing trip. A romantic ski trip can also be quite tantalizing as nothing tops snowball fights, snowman building, and hot cocoa after several hours on the slopes.

Falcon Ridge Ski Slopes lies just on the other side of Falcon Lake, which amounts to a smooth, scenic 26-kilometre car ride. To ensure that our guests (both couples and solo adventurers) have a flawless expedition into Whiteshell Provincial Park, we happily offer 15 percent off full or half-day ski and snowboard lift passes—simply ask a member of our team upon arrival about receiving the discount. If you plan on skiing in Manitoba, then Falcon Ridge should be atop of your wishlist. Our Falcon Lake ski resort cabins are just a short car ride away, and the steep, well-maintained ski slopes are ideal for all ages and skill levels. The Smokey Terrain Park is a snowboarder’s dreamland, and the black-diamond “Sunshine” is sure to intimidate (and exhilarate) even the most skilled skiers. Make sure to check back often to get a glimpse at this year’s Snowdance Festival music lineup. We also offer 15 percent off full-day tubing passes for those who would rather skid down the slopes on their rear end.

After several hours at one of the most underrated ski hills in Manitoba, retreat to Tallpine Lodges for a couple’s snowmobiling excursion, forest bathing, and a bit of digital detox. All of our intimate, affordable cabins feature a private sauna, Jacuzzi hot tub, satellite television, private patio, fully-furnished kitchen, and so much more! We couldn’t think of a better place to spend an evening after a thrilling day of snowshoeing, snowmobiling, and skiing in Manitoba. To learn more about our alluring adult-only destination, please give us a call today at 866-349-2209.